Hi, my name is Brian Charles Chamberlain and I was born in West Chester PA, on September 20th, 1974. Married to wife, Julie, we live in West Chester, PA, with our 3 sons, Brian Jr., Jack and Mason.

I began lifting when I was 16. Ultimately, wrestling was what lead me to bodybuilding. Long before I ever touched a weight, most people would comment on my muscularity and referred to me as a bodybuilder. I competed in my first bodybuilding show at the age of 17, where I won my class, and the overall in the teen division, and thus began my bodybuilding career. My drive of wanting to win and better myself as a bodybuilder was unstoppable. I began reading everything I could get my hands on to become better and more knowledgeable. I competed for the first time as an adult, at the age of 20 years old, at New Jersey’s 1995 NPC Muscle Beach, where once again, I won my class, and the open Overall title, as a light weight. Six weeks later, I won my class at the NPC Pennsylvania Classic and was encouraged to go compete at the Nationals by Gary Udit; PA chairman. I knew one thing for sure, there was no way in hell I was going to the nationals as a light weight! I needed to grow. I took off competing from 1995 until 1998, and moved up to the middle weight class; winning my class and the overall at the NPC Pittsburgh Championships. Six weeks later, I competed in my first national level competition, the 1998 Jr. Nationals. I took second in the middle weight class. From there, I competed at the 1999 Nationals, as a middle weight, taking 3rdplace. I had no luck getting my pro card as a middle weight. In 2001, I had trouble making the 176lb cut off, so I decided to make the jump to light-heavy weight class and ending up taking 4th place at Nationals that year.

In 2004, I won the light heavy weight class, and the overall, at the IFBB North American Championships, earning my IFFB Pro Card! Winning my IFBB PROCARD was a dream of mine since I was 16 years old.

I had also dreamed of owning my own gym as a teen, and in 2001, that dream became a reality when I opened the doors to my first gym, Fitness Extreme. In September of 2001, I bought a Better Bodies gym (13,000sq. ft.) and changed the name to Fitness Extreme. In 2006, I closed fitness extreme and moved my client base to a local gym. I also began writing for Muscle Mag International, where I had a column in the Sets and Reps section of the magazine. I also wrote and worked for Animal Nutrition, which is a hardcore supplement line created by Universal Nutrition. I wrote motivational, training and nutritional articles under the alias “Bulldog”, from 2002 until 2007.

Currently, I own and operate Ignite 24HR Fitness. In addition to operating Ignite, I run my own consultative nutrition business & offer one- on-one training. My clientele ranges from male & female bodybuilding competitors, to a wide array of elite athletes, and of course, your customary everyday individuals who aspire to make a lifestyle change & get in shape. I enjoy what I do, and I consider myself lucky to be able to help others obtain their health & fitness goals, dreams and aspirations! 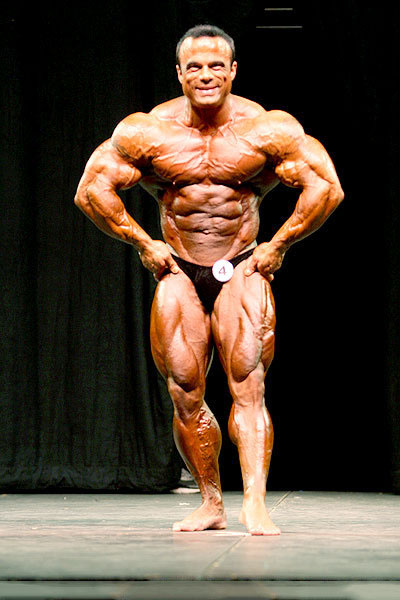